Torup is the name of the original village where Økosamfundet Dyssekilde bought the farm and land some 20 years ago. It has been a village at least since the 11th century, and today some 300 people live here, more of half of them in the eco-village.
Torup is situated in the middle of the Halsnæs peninsular, with Roskilde fjord to the south, and Kattegat to the north. There are two small towns just a couple of kilometres away: Frederiksværk and Hundested.

When the eco-village was founded the village of Torup was slowly dying out as many other small villages in Denmark at that time, now however that has changed, and thanks to the eco-village people move here, not just to the village, but also to the surrounding area. The fact that there is now a school, a kindergarten, 2 shops etc. also help.
In addition to this the area has become the local centre for a multitude of cultural events, such as the annual movement festival, the art and book festival, art exhibitions, a literature study circle, lectures, and movie afternoons. And the possibility to practice football, tai chi/ chi gong, sundo and no less than 4 different kinds of hatha yoga.
Information about all this is printed in a bi annual program published and administered by the association Torup Kultur.
Torup Borgerforening – velkomstbrochure, foredrag og musik- og sangaftner. 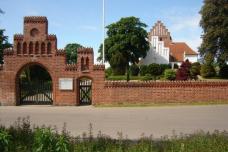 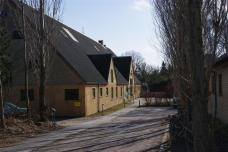